The Old Norse form of the name was Vǫrs, and this might have been the old name of Vangsvatnet. If this is the case, the name probably is derived from the word vǫrr which means "wave" or "sea". (-s is a common suffix in old Norwegian place names.)

The coat of arms is from modern times. They were granted on 8 July 1977. They show a gray deer on a red background.

The arms are based on the seal of Peter who was the owner of the farm Finne in Voss, which was one of the largest farms in Western Norway in the Middle Ages. He used a silver deer on a red background as his personal coat-of-arms in 1303. His son also used a deer on his seals as did most of their relatives until 1460. The shape and position of the deer changed between the different persons, but it always was the main figure

Before Harald Fairhair, Voss was a petty kingdom. According to legend, the people of Voss were forcibly converted to Christianity by king Olav, who later became St. Olav. A stone cross situated in the town of Vossevangen is said to have been erected at this time. The town contains a stone church from 1277, with a 16th century excentric, octagonal steeple. Just outside the town is Finnesloftet, a wooden guildhall believed to be the oldest profane wooden building in Northern Europe.

After the German invasion of Norway on April 9, 1940, Voss was the main point of mobilisation for the Norwegian Army in the west, as the city of Bergen had already fallen on the first day of the invasion. Although most of the troops mobilised here were transferred by railway to the fighting in the east of the country, the German forces, advancing towards Voss along the railway line from Bergen and from the Hardangerfjord, were met with stiff resistance. In Hardanger, some of the Germans climbed up the mountains from Ålvik while the rest went through Granvin. To break down this resistance the town of Voss was bombed by the Luftwaffe on 24 and April 25, and the surrounding countryside on April 26. About a dozen civilians lost their lives in the bombing which completely destroyed the old wood-built town centre. On April 27, the German forces entered the town, which remained occupied until May 8, 1945.

In 1964 the municipality was enlarged with the incorporation of neighbouring Vossestrand and Evanger, which had up until then been separate municipalities within the traditional district also known as Voss.

Voss has a wide range of habitats, everything from high barren mountains to rich fertile valleys. The large areas of coniferous forests provide food and shelter for a whole host of species, while the many wetland areas are regarded as some of the most interesting birding habitats in the county. There is a bird reserve at Lønaøyane with marked paths and a tower hide. Over 155 species have been seen at this locality. Many are common Scandinavia species, but the area has also produced the unexpected like the Great Egret, European Hobby, and Woodlark just to name a few.

Voss sits in a location surrounded by snow-capped mountains, forests, lakes and fast flowing white water rivers. This has led to its development as a notable center of skiing, water sports, skydiving, paragliding and other adventure sports. The area hosts the Ekstremsportveko (Extreme Sports Week) every year in the last week of June, which is regarded as the world's premier extreme sports festival. Bømoen, the local airstrip, is home to Skydive Voss, one of the largest dropzones in Norway, as well as a gliding club. The rivers provide various levels of white water, attracting kayaking, rafting and river boarding. Kite surfing and Para-bungee may been seen on lake Vangsvatnet. The ski area, to the north of the town, is accessible via a cable car, Hangursbanen from the town. There is also chair lift access from Bavallen, a short distance to the northeast of Voss.

The town's proximity to the Sognefjord and its position between Bergen and Flåm on the scenic railway have made it popular with tourists.

The Voss Museum displays several old farmsteads, including the larger than life stone statue of Lars O. Kindem. Next to the open-air part, there is a museum building with over 20 000 items from traditional farm life.

Like the rest of Western Norway, Voss saw large-scale emigration, particularly to the United States, in the 19th and early 20th century. Famous Voss-Americans include Canute R. Matson, Sheriff of Cook County, Illinois, Aad J. Vinje, Chief Justice of the Wisconsin Supreme Court, US Senator Knute Nelson, John Anderson, founder and publisher Skandinaven and American football player and coach Knute Rockne, who is commemorated by a memorial in Vossevangen.

Voss is a winter sports center and has in recent times been the home of many world-class athletes in several winter sports, most prominently biathlon, but also alpine skiing, nordic skiing and freestyle skiing. Athletes from Voss have been present, representing Norway, at every winter Olympic games except one since 1948, the exception being 1972. Olympic champions from Voss include:

In all, athletes from Voss have won 6 gold medals, 5 silver medals and 7 bronze medals at winter Olympic games.

The controversial football agent Rune Hauge is also from Voss.

I have been advised of additional athletes and medal winners from Voss. These include: 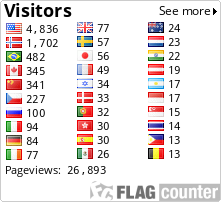